How To Develop Intuition And Apply It To The Law Of Attraction
Can Women Have It All?

How To Bust Self Limiting Beliefs

A little voice in your head tells you that you don’t deserve nice things, or you should always put others before yourself.

These ingrained self limiting beliefs can limit your progress in life and hold you back from achieving the success you so want.

As children we all have vivid imaginations and dream of becoming artists, doctors, ballerinas, singers, actors etc, but as we become young adults all to often these dreams are quashed.

Maybe you fail a couple of exams and are told not to aim to high in case you get disappointed. A common one is that if child shows artistic talents, they’re not expected to be good at maths or science. I was very good at art when I was at school, but never encouraged to take up science subjects.

I was very good at art when I was at school, but never encouraged to take up science subjects.

A common one is that if a child shows artistic talents, they’re not expected to be good at maths or science. I was very good at art when I was at school but never encouraged to take up science subjects.

Once your beliefs about yourself become ingrained it can be very hard to change them. You constantly have that little voice in your head telling you you’re not good enough, or you don’t have what it takes. You settle for a job that pays the bills, but you feel dissatisfied.

This is something so many of us have experienced, and the problem is time goes fast. Before you know it, several decades have passed and you’re still in the same job you hate.

Maybe you’re in a relationship that’s become stale. You stay with your partner because it feels safe. You lack the confidence to leave and believe you won’t survive on your own.

This happened to me, and I even had a stroke from all the worry and stress of leaving our home and buying my own place. 18 months later, I’ve recovered from the stroke and realise how strong I am, and how living alone is actually quite enjoyable.

How You Can Change Self limiting beliefs

One of the best ways to change self limiting beliefs is to discover the source of where they came from. Not feeling good enough may have originated in your childhood. Most parents are loving and care deeply for their children, but they will have got angry with you at some point when you were small.

Getting upset with you because you didn’t tidy your room, didn’t do your homework, got poor marks in English, maths or whatever can seriously leave it’s mark on you.

Getting upset with you because you didn’t tidy your room, didn’t do your homework, got poor marks in English, maths or whatever can seriously leave it’s mark on you.

A parent may have said “you’re useless at sums” in the heat of the moment, or they praised a sibling making you feel left out, and second best. Once these beliefs are laid down in your subconscious they can affect your life as an adult.

You pass opportunities by believing you’re not worthy, or just not good enough.
After identifying the source of your belief write it down. Now think of the many reasons your parents may have reacted the way they did. Parents are only human.

Saying things like “why can’t you be like your sister”, or they got angry because you got low marks in maths one time may have been because they had unrealistic expectations. They loved you and only wanted the best for you.

Of course they may well have been wrong in their judgement. Another thing to bear in mind is that just because you couldn’t do something age 7 or 10 certainly doesn’t mean you won’t be able to in later years, and does in no way define you!

Another thing to bear in mind is that just because you couldn’t do something age 7 or 10 certainly doesn’t mean you won’t be able to in later years, and does in no way define you!
Being told you’ll never be able to survive on your own, was probably said in the heat of the moment after not tidying your room or failing to help with the washing up. It in no way defines you now!

Inheriting your parents values and beliefs 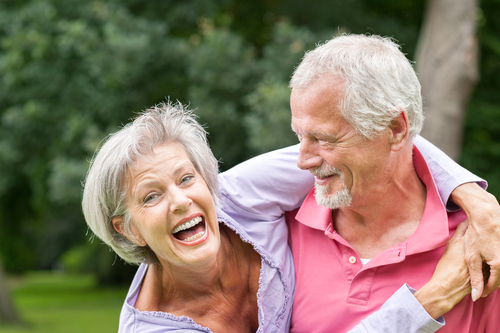 When you’re growing up, the values and beliefs your parents hold will have a major influence on you. If they hold negative beliefs about things, you will probably be affected by them into adulthood.

However as you go through life and develop, these old belief systems are not relevant to you anymore. Hanging on to them can hold you back, and disempower you.

After spending time working out why you think the way you do, eliminating these limiting self beliefs is easy.

Affirmations to bust Self limiting beliefs.

If for example one of your limiting beliefs is you’re no good with money, you need to write down some positive statements that are the opposite to your belief.  Doing this may help you manifest money.

For example you could say “money flows easily to me,” or !I am a money magnet.” You need to say these to yourself every day, and really believe them.

It can take around 30 days to change a thought pattern or habit so it’s important to recite affirmations every day. After this time you may start to notice a difference in your attitude and approach to life.

If your affirmation is to manifest money into your life, you may start to see opportunities helping you to make money, or even unexpected windfalls.

Often beliefs can originate from experience. You may overspent on your credit card and acquired debts, or you may have wasted money in the past. You now see yourself as someone who can’t handle money.

You now see yourself as someone who can’t handle money. Remember, the past doesn’t define you, and as long as you learn from your mistakes and move on you can overcome these beliefs.

Once you’ve overcome negative self beliefs you will find you have the energy and drive to fulfill your dreams. Feeling negative can drain your energy, you don’t believe in yourself, and even if this is on a subconscious level it can make it very hard to move forward towards any goals you set.

A common problem with a lack of self belief is that you may start something but give up to quick after not seeing any results.

A determined person with a strong sense of self belief will push on and not quit until they succeed. Often the sad thing is that you may be giving up on your dream just before you reach success.

I hope this article has helped inspire you and make you realise that with a bit of determination you can oercome self limiting beliefs.

10 thoughts on “How To Bust Self Limiting Beliefs”